Showing posts from October, 2015
Show All

Tug of war - your decision

- October 21, 2015
There is a popular game in India called Rassa Kashi, or commonly known as tug of war. It is played a lot in India and there are proper tournaments and competitions for it. Athletes train regularly for it, basically it is a not just a game, here it is a sport. This game usually has two teams on the opposite sides holding a rope, and trying to pull it towards themselves. If you have ever noticed, it is a pretty thick rope, and holding on to it when it is being snatched away from you is pretty hard. Firstly there is a lot of friction involved when the rope is being tugged on by two ends, and due to that friction a lot of heat is generated and your palm may get burnt, also secondly, holding on to something so tight when someone else is trying to snatch it from you can give you bruises, and not just those tiny ones, deep bruises and maybe even cuts. You might be wondering why I am suddenly talking about this. Well, I have a good reason for it. I am trying to draw an analogy t
Post a Comment
Read more 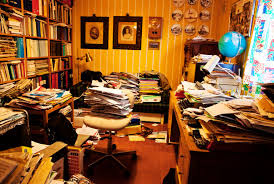 Today I sat with my mom and cleaned my college room. And I realized I was a hoarder! I just have too much stuff in the small hostel room of mine. And most of it is pretty useless, just sitting in the corner, accumulating dust, occupying space. I did not have any reason to have them there, adding to the existing clutter in my room, but they just had to be there. My mom would throw these things and I would quietly put some of them back in my pocket. And she just could not understand why! At the beginning neither could I. While cleaning out my room, something I realized was that this junk, crap in my room, wasn't just random useless stuff lying around. It was memories I had accumulated over the last 3.5 years in my college. This "junk" was my college. I had a pair of broken sunglasses from a road trip I took with my friends a year ago, I had the department ID card from my first ever Waves (our cultural fest), a drink stirrer from one of the many many nights,
Post a Comment
Read more 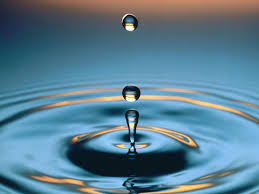 These are moments that change our life in ways we can't even imagine. They can significant and insignificant at the same time. They could be something as huge as a promotion or an unfortunate accident or as small as losing a girl's number or a traffic jam making you late or one of the countless moments we go through in our daily life. For those of you who have seen the movie "The Vow", are familiar with the concept of "Moments of Impact". As a matter of fact the whole movie is based on such moments. For those of you who are wondering what this is, here it is. Well basically, these are events or incidents that change the course of our life and in turn define who we are. These moments need not be gigantic or huge, but they impact they have definitely is. You might not even notice how even the smallest of decisions changed your life and led you to where you are today. There is no way to know which of the moments in our life are the ones. No one is standing
Post a Comment
Read more
More posts

- April 29, 2015
Normally we keep delaying things, our chores or anything else we have planned to do. After all procrastination is in our nature. But then come these 15-20 days or so in every student's life, when suddenly nothing can wait. Everything needs to be done then and there and need to be perfect. I think you all know what I'm talking about. The exam times! We students will do anything but study. Even the most filthiest of us have this urge to clean our rooms and make it spotless. The entire it'll be like a a hurricane just came but these 15 days it needs to be spotless.  People suddenly realize they need to lose weight or buy groceries or speak to that aunt who had called two months ago! For some of us we try to expand our creative horizons. Take me for example, I've been wanting to write a blog since always but never had time and now my exams are 5 days away and I put up a post everyday! We will do anything as long as it keeps us away from those wretched books! Miracles s
Read more