Showing posts from November, 2018
Show All

Where are you from?

- November 26, 2018
When you meet new people, and you know nothing about them, you ask them generic questions to get to know them more. You try to find out where they live in the city, where have they worked before, what college are they from and all sorts of things. Just to get a sense of who that person is. Being new in my office here, I am still going through this process, even though it's already been a month. Even now there are people I don't know at all, and I have the very same conversation for the umpteenth time. It actually runs on autopilot now. And whenever I am stumped I just bring up Pepper, and my dog loving extended team just melts away. So, yeah a lot of back and forth conversations with a lot of people. Yesterday, in one such similar interaction, someone asked me a question and I didn't know how to answer it. I had about 5 different ways I could approach the problem in. She simply asked me "Where are you from?" This seems like a pretty basic question. How could
Post a Comment
Read more

The poles are shifting 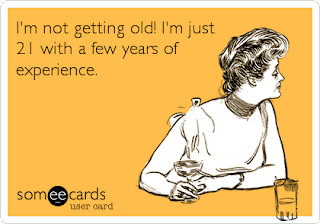 I am a person who doesn't care much for routines, but there is one thing that I have stuck to since I was 15ish I think. Never sleep before 12 in the night. In school, it was to study, so fair point. And in college, sleeping at 12 would mean that you miss out on some major fun in the hostel. So over the years, I have become used to sleeping not before let's say 2am on an average. And after college. when I started working, that just stuck with me. Watching movies, chatting with friends, finishing off work or reading a book. Even though I had to get up early to go to the office the next day, I would still stay up late into the night. In fact, at one point, I felt like the sleep police. I wouldn't let anyone sleep before the clock struck 12. I don't know, I was maybe trying to stretch our college lives a little longer. I would always say that it was a sin to sleep before 12 or something like you have 10 good years before you have a kid and you will have to get up earl
Post a Comment
Read more

- November 19, 2018
Over the past few days, I have come to a realization. Emotions like love and hate, are as a matter of fact quite exhausting. They take up your headspace, your time, affect your work and generally speaking your life as a whole. They take a lot of effort, but of course, love makes you happy and other people nauseous and hate, on the other hand, can make you go crazy. It is a heavy thing to carry around. We all already have some of the other baggage that we carry with ourselves, imagine having to carry around hate as well. I mean god the work! You have to crib about them on a daily basis until everyone in your vicinity knows about them and can recite your story. Then people get bored and you need more content, so you have to dig deeper and overanalyze stuff and the mandatory social media stalking. And then there are those voodoo dolls in the closet that need to be taken care of. Uff! See so much work it takes to hate people! But on a serious note, it does take a toll on you. It's
Post a Comment
Read more
More posts